Dwynwen at Loch Ness Knitting has shared a short film from a project she recently contributed to.

This short film was produced by film maker Simon Mills with footage by Loch Ness Living. The film was a contribution to the @appliedartsscotland (through @lcc_uhi and @creativehublcc) series  ‘Without Words’ Design in Craft training modules, in partnership with @turquoisemountain and @britishcouncil for a group of female, Afghan artisans.

Loch Ness Knitting, was one of a group of Scottish based Designer Makers who were selected to provide film footage of their own  approach to Design in Craft to assist in developing the learning packages. 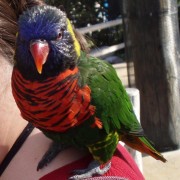 Wool Couture Boxing Day sale up to 40% off

Up to 40% off Debbie Bliss lines at LoveCrafts today